He began his career with Best Buy in 1973 as a commissioned salesperson for Sound of Music, the precursor to Best Buy. The core of his legacy at Best Buy is best exemplified in its evolution from a product-centered company to a customer-centric one where customer needs dictate what and how products are sold.

Brad Anderson joined the JCN board as a director in October, 2018, and in March, 2021, was named the Executive Board Chair.

Edward H. Rensi, is the former CEO of a national quick-service restaurant chain.

Partners of the Boardroom Initiative include: the Legal Action Fund, a project of the Job Creators Network Foundation; 2ndVote; and the Free Enterprise Project. The current Co-Chairmen of the Boardroom Initiative is Ed Rensi, and Brad Anderson, two iconic American entrepreneurs and experienced leaders. Each coalition member will utilize their unique skills to drive our core goal.

The Legal Action Fund will spearhead all communication efforts—with everything from social media accounts to news interviews—helping to provide a voice for the proposals submitted, as well as purchasing stock of its own. 2ndVote will contribute through shareholder proposals within their list of portfolio companies. Free Enterprise will serve the initiative as the lead for policy and shareholder of advocacy. 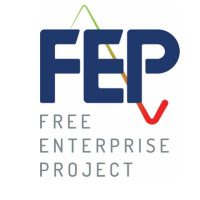 A Return to Conscious Capitalism

Free-market capitalism—a system responsible for lifting billions of people out of poverty and improving the worldwide standard of living—is now under attack. Read more.